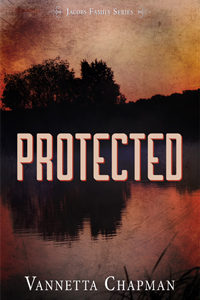 “a great addition to the world of romantic suspense!” ~Suspense Sisters Reviews

ERIN JACOBS doesn’t hesitate when she receives a desperate call in the middle of the night. As owner of the Noah’s Ark Animal Shelter, it’s her job to rescue animals. But from the start, this case is different.

Directions to a deserted hunter’s cabin.

Insistence that she come alone.

Then she’s looking down into a washtub at an infant child.

Erin’s life changes irrevocably when she becomes involved with a mother who has lost all hope, an orphaned child, millions of dollars and a father who might do anything to get his hands on the money. Social worker TRAVIS WILLIAMS is assigned to her case. Travis sees more in Erin than someone who rescues strays. She’s unconventional, strong-willed, and caring. It could be that she would make the perfect parent for Josh.

Before he can work through his feelings and file his report, the situation takes another dangerous turn. Can Erin and Travis guarantee Josh’s safety? To do so, they’ll need to rely on one another, their families, and the faith of their childhood.